Apple draws 72% of its revenues from the iPhone and iPad, two products that did not exist five years ago. An Indian company offers an electronic tablet for $20. The Khan Academy, founded in 2006 by one man and his computer, has become in a few years the largest school in the world with 10 million students and is revolutionizing the world of education. RIM, who invented the smart phone with its famous Blackberry, is among the companies whose demise is announced for 2013. Well-known brands such as American Airlines and Nokia could also suffer the same fate.  The revered Kodak Company is no more. GM was rescued in extremis by government assistance. And the list goes on…

The message is clear: only companies who can anticipate the changes ahead and adapt quickly and creatively will have a future. The speed and the impact of technological innovations, climate disruptions, globalization and demographic changes all combine to create the perfect storm of rapid, complex and unpredictable changes as we have never seen before.

If the magnitude of the changes around us is relatively well-known, the consequences on our organizations and management practices remain, in my opinion, much underestimated. If they are not careful, many organizations will suffer the same fate as the frogs that do not react to the water gradually warming up around them. Since the change is gradual, they do not pay much attention to it and eventually die.

Faced with this reality, we must overcome two major challenges:

I still see too many organizations who maintain management practices that hinder collaboration, dialogue, innovation and commitment.  It is a luxury we can no longer afford. Now is the time to systematically implement management systems and structures that foster employee creativity and engagement. It is no longer a matter of management philosophy. It is a matter of survival. 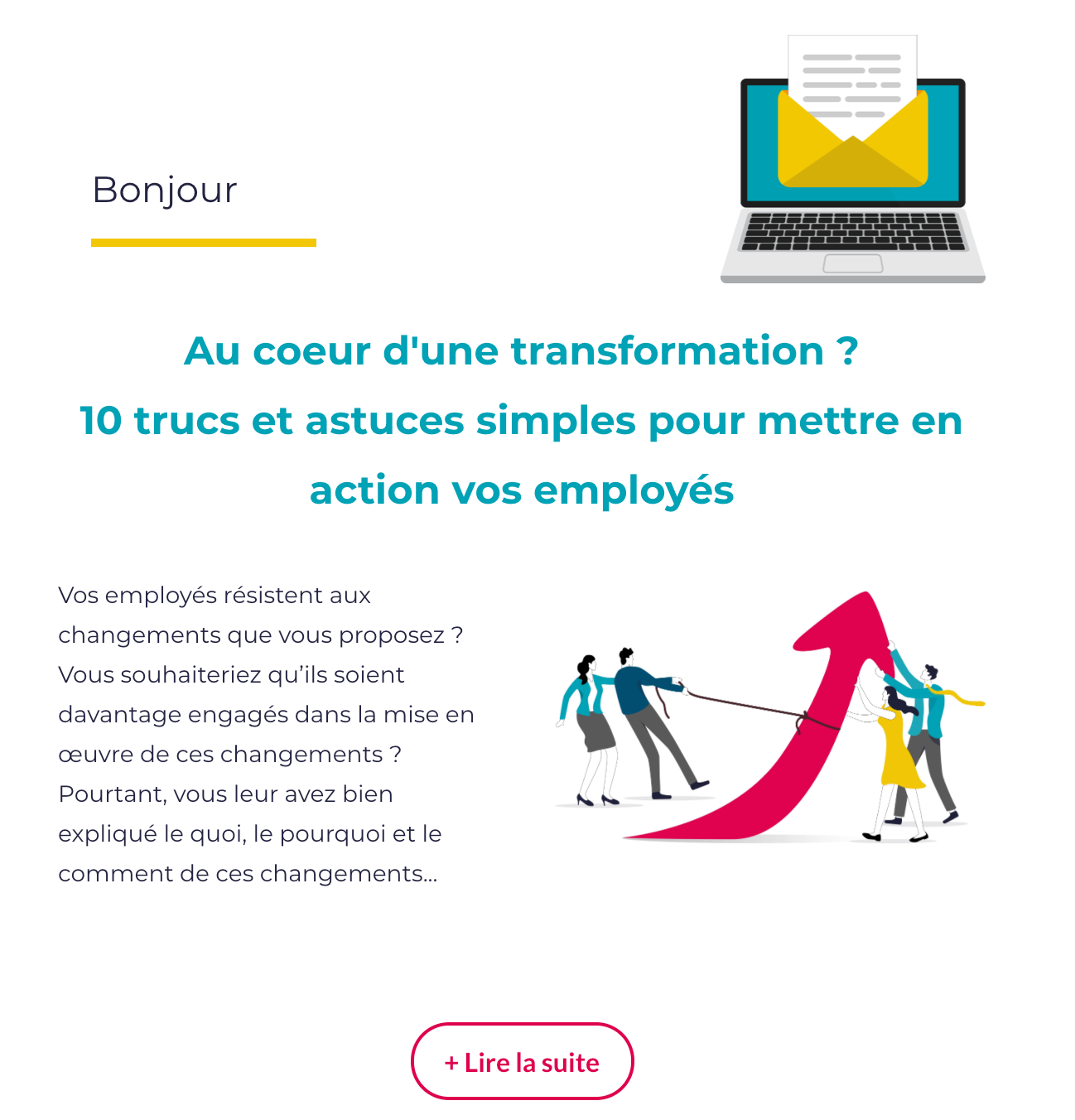